You are here: Home1 / About

Soudal is Europe’s leading independent manufacturer of sealants, PU foams, and adhesives. Established 1966 in Belgium, Soudal has since grown to become a global brand with 12 manufacturing sites on four continents and over 40 subsidiaries worldwide, serving end-users in over 130 countries. Soudal has a portfolio of a few hundred different chemical products, ranging from silicone sealants to technical aerosols. In addition, Soudal is the pioneer for many new chemical technologies – such as the development of Flexifoam and isocyanate-free one-component, self-expanding foam.

Some of the main product groups that are made by and sold by Soudal are:

For more information on the full range of Soudal products, you may visit the International version of the Soudal website or go to the global site www.soudal.com. 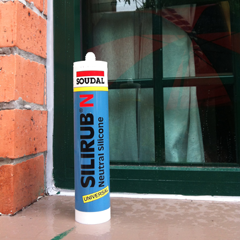 A little history of Soudal

In 1966 Mr Swerts bought a small company based at the Ossenmarkt in Antwerp and specialised in welding materials and the production of polyester putties for the car body repair. After two years the company moved to Turnhout, at the former market of Mr Swerts’ parents. Mr Swerts invested heavily in a sophisticated vacuum mixer for the production of polyester putties and high quality silicone sealants. The first year in Turnhout, production output of silicone sealants was 5,000 cartridges. Since then the company has grown from a small family business to the multinational corporation it is today.

After some years the location became unsuitable for further expansion. At the Turnhout Industrial Estate a production hall of 2000m² was built in 1976.

In 1981, the offices also moved to Turnhout and Soudal NV is founded. From then growth really started to accelerate. The central position of Belgium proved ideal for stepping up export activities. In 1981 the share of export in turnover amounted to 25%. This share increased to 90% in 2004.

In 1992 Soudal made its first acquisition by buying French competitor Ayrton. This acquisition gave Soudal an important market share in France and a logistical platform to optimise its own distribution and service. Also in 1992, Soudal was one of the first companies in its field to obtain the ISO 9002 approval. Its devotion to quality formed the basis for getting this approval.

In spite of the fact that fire safety and protection have always been key issues to Soudal, a fierce blaze broke out in the finished products and polyurethane foam departments in 1993. Less than a year later Soudal was completely up and running again, thanks to tremendous efforts of all staff.

The PU foam department was moved to a completely new factory, which started production in 1994. This new plant was designed for state of the art manufacture of PU foam in spray cans.

Meanwhile, export efforts soared. In 1996 Soudal Poland was opened as the first sales office in emerging Eastern Europe. By the end of that year all medium term expectations for this subsidiary were already exceeded.

In 1997 Soudal (Asia) Pte. Ltd. was incorporated in Singapore, Soudal’s first move into the Asian market.

Also in 1997, Soudal concluded the acquisition of the Finished Building & Construction Silicones department of BAVG, a wholly owned daughter company of Bayer AG in Leverkusen. This acquisition covered all real estate, plant and equipment, staff and customer base. Germany is Europe’s largest sealants and PU foam market and the acquisition gave Soudal a strong foothold in it. Almost immediately construction works started to double production and warehouse capacity. Soudal Leverkusen moved to these new premises in the summer of 1999.

Furthermore, sales & distribution offices were established in Estonia, Latvia, Lithuania, Romania and Hungary and in 1999 Soudal opened sales offices with warehouse facilities in Shanghai (PRC) and the UK. From there Soudal can service its markets more intensively and at close range.

In 2004, a new central warehouse was erected next to plant 2 in Turnhout to effectively double storage space again. That same year, the Belgian adhesive manufacturer Rectavit N.V. was taken over.

In 2006 a new production hall, with four additional filling-lines, was brought into use.  Furthermore, the capacity of PU-foam production was completed with an additional production line.

The Limburger company Aerotrim was taken over by Soudal in 2008.  Aerotrim is a manufacturer of technical aerosols (sprays/cans).  The buying means an important addition to the existing product-range.  Following to this, Aerotrim obtains free access to new markets.

Also in 2008, the construction of the new R&D center started. This building will accommodate among others a high tech laboratory to be able to keep up with future developments.

In 2010, Soudal took further strides into the Asian market, acquiring the Chinese PU foam production company Taicang Shijia Industrial Co., Ltd., as well as entering a joint-venture in India with the McCoy group under the company Soudal McCoy.

In 2011, Mr. Vic Swerts wins Entrepreneur of the Year award in Flanders, organized by Ernst and Young. This award recognizes successful Belgian companies for their outstanding growth and sense for innovation, entrepreneurship, strategy, sustainability and management.

In 2014, Soudal acquires majority share of the Australian importer Soudis and renamed it Soudal PTL LTD, making it the 44th Soudal branch worldwide. In the same year, Soudal acquired Accumetric of USA, an independent manufacturer of silicones, sealants and lubricants in Elizabethtown, Kentucky, with its widely recognized brands Boss®, Dynatex® and CPI®.

For more than 40 years Soudal has offered more than just “a product that does the job”. Quality, tailor made solutions and a premium after sales service: those are the elements that make the company into a true success story.